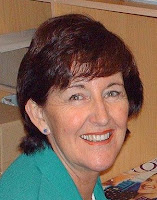 You made my day!

It's a real privilege to have you nominate the people and organisations who are troubling the drug legalisation lobby the most. As per the 2007 Illicit Drug Strategy Household Survey which interviewed 25,000 Australians, 95% were against the legalisation of cocaine, heroin and amphetamines, something which you apparently support. So when you express such derision of those of us working in concert with what Australians want, we know we are getting it right.

As usual, you keep repeating the same old crap over and over while so many experts rip your arguments apart. But you keep on going, relentless, like a spoilt child.

The 2007 Illicit Drug Strategy Household Survey is not an indicator of what the experts think. It's what an ignorant public -who have been bombarded with propaganda their whole lives- think is logical. The public think that legalising drugs means a free for all supply at corner stores and 7-11. But you know this and it's just indicative of how deceitful you are. You can twist it any way you want but those who spend their lives studying the subject disagree with you. i.e. Drug experts, medical professionals, economists, social researchers, AOD industry workers etc.

It's interesting that with the internet giving more people access to real information that support for legalising drugs is increasing. This is simply because they are discovering what a failure drug prohibition has been and that the alternatives are not like what hysterical politicians and anti-drug nutters have told them. The days are numbered for sleazy people like you who play on the ignorance and fear of the public.

Gary, you're a bucket head!

Gary deserves some more nomination points for clogging up my email (through update and drug talk) with rubbish "research" that preaches the same old harmful stories over and over again. Surely the part of his brain that allows learning and the acceptance of new and differing information is broken. If I hear him quote the results from that survey one more time I might have to scream! Can't he contribute something of value..... PLEASE!

The same goes with Joe.

Two major bucketheads. If only the most harmful people didn't have the loudest voices!

Thanks for keeping my profits in check. Terry is a dickhead, once a junky, always a junky, right?? =]

PS. tell your son that i have a that quart of bush he was after, and im throwing in a sample of go because he has been such a loyal customer. Tell him to call in anytime.


Key findings - Support for legalisation of illicit drugs
>>With few exceptions across age and sex groups, less than ***10%*** of Australians supported the legalisation of heroin, meth/amphetamine, cocaine or ecstasy.

Hi Terry, this is an open letter to Mr Christian.

You appear to be misrepresenting the same survey figures yet again. You may recall having your errors pointed out in public forums more than once before.

Opposition to “legalisation” (whatever the survey respondents think that means) does not equate to opposition to Harm Reduction strategies.

If 1/3 of Australians support heroin prescription, that means that they support LEGALISED, regulated control of heroin.

Contrary to your “either-or” analysis, people don’t have to find heroin use “socially acceptable” to approve of pragmatic ways to reduce the harms associated with that use...

I am happy to post the link to this data, so readers can confirm the truth of my assertions. (For some reason. dear readers, Mr Christian rarely does so).

I’d suggest that this survey is clear evidence that most Australians have a considerably more nuanced and sophisticated understanding of drug policy than your black-and-white absolutism allows.

In my opinion your recidivist misrepresentation of these statistics is clear evidence that you are either consciously trying to mislead people, or else that you are incapable of assimilating information that contradicts your preconceptions.

lol, Gary's comment was hilarious. Like an uneducated public knows whats best! Its as funny as the time Gillard was going to have a panel of people randomly selected from the public to discuss global warming. Fuck public opinion, listen to the experts.

Do I trust Paul Dessauer or Gary the Christian?

What a stupid question!!!

PS, I love Pyney’s award. What a weasely rat he is.

All Treatment Internet Award - Best of 2009

The Australian Heroin Diaries has been chosen as one of the top 8 blogs in 2009 by AllTreatment.com:

This is a news driven blog, that writes about and commentates on different countries drug policies. The author is a recovering heroin addict which gives a unique view and a much different one from politicians on drug politics. A must read for anyone interested in the politics of drug use and substance abuse.

Australian National Archives
The Australian Heroin Diaries was selected for preservation by the National Library of Australia. [Link]